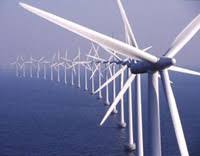 Wow! Is that a loaded question.

On a raw basis, electricity generated by wind and solar is the “least cost” form of raw useable energy in the history of hominids. There is no incremental cost of producing the electricity.

The expense is because we have not yet developed the uses that must exist for that electricity to be useful.

I’m glad because the result has been nearly a trillion dollars worth of installed asserts in both Solar and Wind. This suicidal and uncontrolled or planned growth has driven the cost down to a point where it is not economically viable for the biggest participants of 2014. Virtually all of the assets deployed by 2015, have been sold off at very substantial discounts from the original installed cost. What can be very viable electricity resources, but the industry refuses to address the reality that the schedules of wind and solar electricity are no closer to matching the way we use energy than ever.

This intermittent electricity can now be far more valuable than ever before, but the “existing reality” cannot imagine these uses without contradicting over a decade worth of rhetoric.

So, back to your question. Yes, it will become one of the most viable sources of raw energy in the history of humankind, and No, the wind turbines installed to date have been designed to create maximum profit, and as a result, were overpriced and under refined. Going forward and with the value extraction strategies wind will become extremely viable.

Net is that we are just now positioning in a way where both Wind and Solar can become the primary source of energy on our planet.